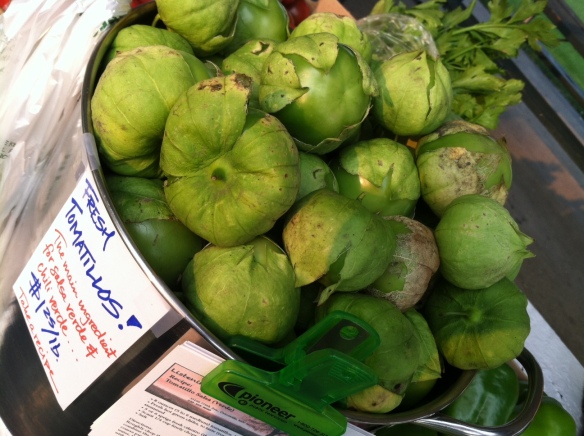 It hasn’t been a great year for tomatoes here at the farm. Or should I say, it hasn’t been a great year for me taking care of my tomatoes. I planted them out in a newly-established garden that promptly got choked with weeds (and I didn’t get around to staking them, either), and although the garden was fenced, it was also inside one of the paddocks the chickens frequent.

The chicken-tastrophe that is (was) my main tomato patch

Those young pullets know how to fly, and they also know how to take advantage of the woodchuck holes in the fence that keep re-opening in new places after I fix the old ones. Pullets are almost like hogs the way they constantly test the fence. And, having been dumb enough to throw all the rotten tomatoes just over that fence to the waiting chickens, I should not have been surprised that eventually they decided to just help themselves to the bounty.

That’s alright—I still harvested plenty enough to do a few roasters full of smoked eggplant-and-tomato sauce, and a bit of salsa, too. And, I have a few choice varieties staked up nicely in the raised bed garden, as well as all the volunteers that made it through the first few rounds of weeding in the lower field garden. We’ve got plenty left for fresh eating, and to be honest, my appetite for canning is waning now that October is well underway. Somehow, I thought living up here in Minnesota might shorten the season, but climate change just keeps on keepin’ on. Soon, I’ll need new excuses not to go on preserving into November. Christmas canning? Oh. My. Lord. 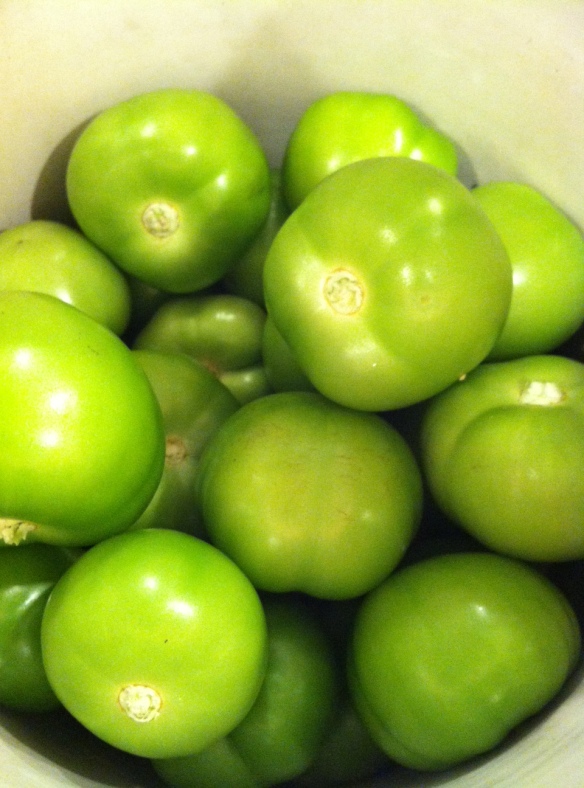 Naked and ready for processing

But, even though they’re planted in that same garden, the tomatillos have fared much better. Apparently, the chickens aren’t aware of what goodness lies beneath that papery husk, and even though there’s only one row, those big, weedy plants have held their own with the other weeds to provide a real bounty.

The first time I grew tomatillos, I put in three or so plants in a little bed I’d newly broken out in front of a run-down rental house on Cottage Avenue in Vermillion, South Dakota. The house has since been torn down, but when I lived there, the goal of the gardens was part production and part hiding how beat-up the place was. I had morning glories twenty feet up the south side, and sunflowers more than half that height. It was a riot. 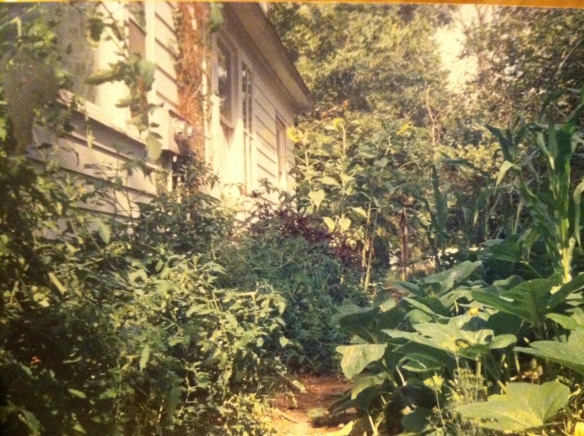 The tomatillo bed was right in front, and I remember when the mailman (always kind of annoyed at how the un-latchable storm door would whack him unexpectedly when the wind came up) asked me what the heck they were. At that point, I knew what they were, but I’d never done anything with them. Then came the harvest—these weird little green tomatoes inside a sticky, papery husk with a decidedly citrusy “twang.” But there was a Ball Blue Book recipe for salsa verde, and one night, my friend Matt and I decided to try it out—making a few small amendments as we went, as we’re both prone to do.

The result was seven half pints of a salsa so delicious that we declared it magical and ate it all up much faster than was reasonable. It had been much, much too long since I have grown them again. This was the year, and the variety was a big green one from Baker Creek Heirloom Seeds. They’re huge—some of them bigger than golf balls—and they’re juicy and tangy and I’m in love with them all over again. I’ve re-visited the salsa recipe (thankfully, I’ve still got the notes from my sooty old Blue Book edition that went through the house fire), and I’ve also made a chili verde sauce with tomatatillos, chiles, onions, garlic, and our own chicken stock that gets pressure-canned in quarts and stored for pouring over winter roasts in the crockpot.

The beginnings of a chili verde sauce

Yesterday I pulled from the garden what might be the last fifteen or twenty pounds and did another batch of the chili verde sauce for canning tonight. There are more tomatillos out there, but the nighttime temperatures are dropping, and I’m not going to bet on the last of them sizing up and splitting their husks before the frost hits. And the chickens may develop a taste for them yet. The oven at 450 degrees knocked out the nighttime chill and sent a delicious scent wafting throughout the house.

Our own frozen chicken stock, melting into the pureed roasted vegetables

I won’t claim that this is the last thing I’ll can this season, but it might be. The end is creeping ever closer, and the killing frost can’t be far away now. The projected low tonight is 36 degrees…though it looks like it’ll creep back up into the 40s and 50s the rest of the week.

We might not have as many cases of “red” this year, but the shelves of canned goods are still looking well-stocked in a festive shade of green.