via Releasing Our Inner Pagan

Unfortunately I’ve not seen the sun’s celebratory blast through the pivotal stone at Stone Hinge come dawn on a Winter Solstice. If my luck was to hold true, it is highly possible that if I even made a trek to England for a Solstice, clouds would probably dim the magical moment.

It’s like an older woman told me years ago while celebrating what seemed the first cloudless night in her lifetime of a highly anticipated cosmic event, this time a meteor shower: “Looking back through the years, that I would actually experience something of this magnitude is unreal. I mean, really? No clouds?” 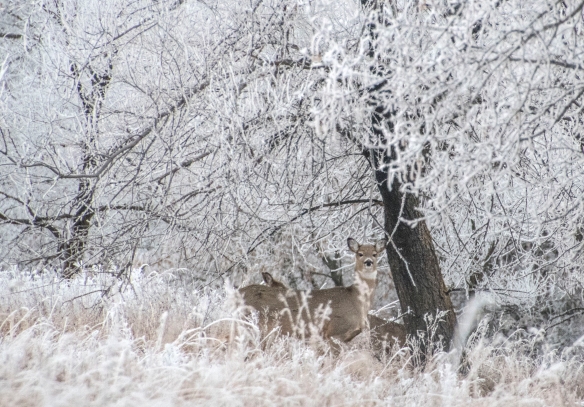 White tails in the Solstice hoarfrost.

So once again we ventured into our annual celebration of light without the sun. We did, however, between two vastly different Winter Solstice parties, have an incredible hoarfrost, so our actual Winter Solstice day was full of wondrous winter magic after all.

Sadly I’m a late comer to the celebration of Solstices. Most of my years were spent simply reading the calendar notation noting it as the “First Day of Winter.” Conversations were no less convincing nor exciting since we labeled it as our “the shortest day of the year” … which came roughly six months after the “longest day of the year.” This certainly leaves you with a certain kind of ultimate optimism to find some valid reason for celebration. 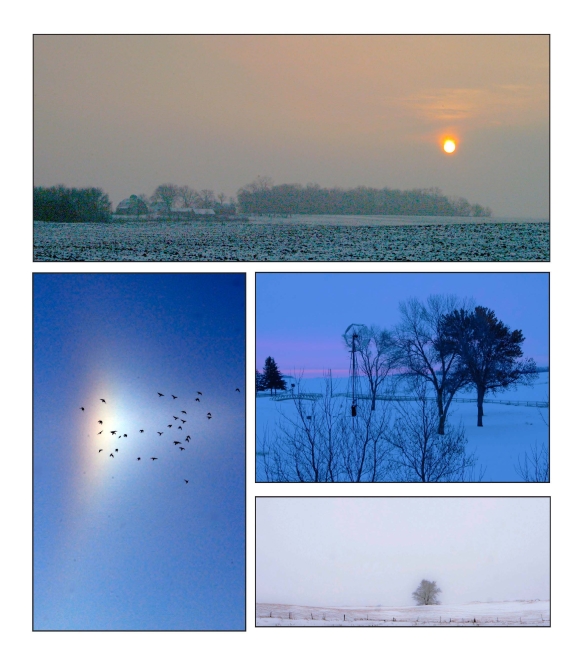 Interestingly, two obscurely different events happened almost concurrently … providing “concurrently” may be used to describe events basically six months apart and half a country away. This is, after all, less than a blink of an eye in eon time. The first was an annual Summer Solstice celebration a Swedish friend had in Boston that included incredibly delightful cuisine made by her husband chef, served in a small fairly formal garden in their Cambridge yard. The wine flowed freely along with good cheer and conversation. As a native Swede, though, Asa called it “Midsummer” rather than a “Summer Solstice” celebration.

Half a year later, and halfway across the country, another dear friend, Audrey Arner, invited me to one of her long running Winter Solstice parties at their Moonstone Farm outside of Montevideo. Venison strips soaking in a marinade were placed in vessels next to two bonfires … one fire seemingly for us older “old hippies and river rats,” another for our long-suffering children (who are now showing signs of grayness, too) … where whittled pointed sticks were placed for roasting the meat strips over glowing coals. 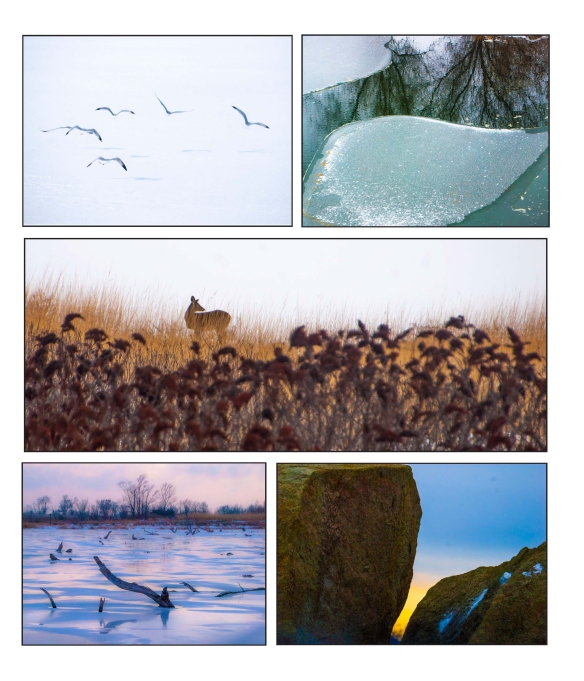 This set of images captured after moving to Listening Stones Farm in Big Stone County.

Inside a chummy summer kitchen nearby simmered a pot of wassail. On the island counter were both commercial and homemade wines, stews and chilies, and any number of sweet and salty treats. As much as the Boston area Midsummer was celebrated, so was the Winter Solstice here in the prairie where, amazingly, stars glowed like distant coals from the heavens above even on the grayest of days. While nestled warmly inside furry hooded outerwear, longjons, mittens, Sorels and Mukluks, with tee-peed bonfires blazing into the contrasted darkness, a sense of community, cheer and celebration filled an otherwise frigid air.

At one of the Moonstone Solstice parties, my venture inside for a restroom break brought me to Queen Colleen, a bluesy, blustery prairie fiddle player who was deep in her battle with a severe cancer. She was in great spirits, smiling and expressing confidence in a new experimental treatment from Mayo’s … so confident, she said, that she was going on tour, even down to Florida and back. Within months we had lost Colleen, and since a few others, and now some of our community of artists, organic farmers and friends are likewise facing aging and health issues. Yet, we move ever onward celebrating both light and life, toasting those we’ve known and know. 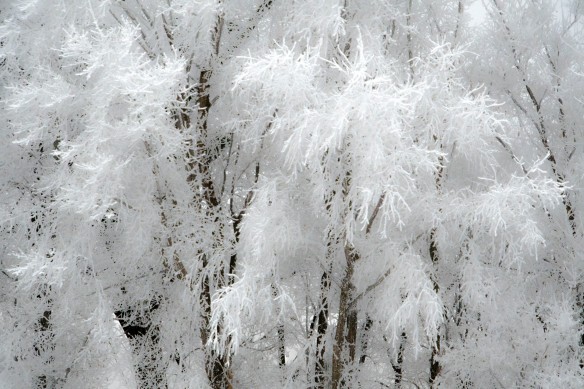 On our latest Solstice we were greeted with a wondrous winter wonderland!

There is a certain solemness to the “shortest day of the year,” and not much promise in the “first day of winter.” And if I may be so bold, Midsummer and the Summer Solstice foretells of a sun path that leads to the darkening of the skies. You hardly thought of such things when Rufus appeared with another plated creation into Asa’s garden, and you raised a glass again and again to celebrate this annual apex of a now settling sun … the celebration you so look forward to in the wooded confines of Moonstone farm a half country to the west in the deepest part of a dark winter’s night.

Years ago, when the realization of the meanings of the Solstices came to bear, I began to make images that would celebrate the light … seeking a photojournalistic recording in even the most overcast of days. Yes, there were Solstice days of sunshine, and there were days when we would get a short peak of the sun just as it was nearing the horizon. 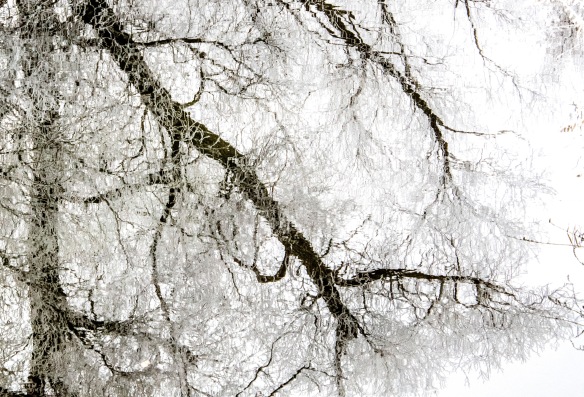 If I were to choose one from our most recent Winter Solstice, this reflection of a tree in hoarfrost would be my favorite.

This year we were greeted with an incredible hoarfrost … and, once again, no sun. Yet, in all ways the celebration continued in time counted by the eon rather than on printed pages of calendars segregating time — our one day of the year when we can release our inner pagan for all to see!