via The Parallel of Mirrored Times

Recently a friend sent this note: “You’re never too old to have another goal or dream!”

So, for several moments recently, I sat in my window seat, grasping a warm mug of smoky Lapsang Souchong, to stare at the snow-covered, frozen prairie and wonder about my goals and dreams. Bluejays and Redpolls mingled with the woodpeckers and juncos around the feeder while sparrows hopped across the frozen grounds for dropped tidbits. What kept interrupting my consciousness was more immediate, of being torn between attending a political planning meeting or a jam session organized by dear friend, Lee Kanten.

Pondering life around the bird feeders …

While our country and much of the world is going through such troubling times I find it hard to look forward, to dream and to set goals. At my age, when so many simply look forward to spending time in a recliner or killing an afternoon on a barstool, I seek meaning. A purpose. To contribute. I still strive to make a difference, to be part of the solution, and as a friend once confided, “You don’t know a damned thing about retirement!”

As incredulous as we find these political and economic times, they ironically mirror one of the most interesting years of my life. Recently I was reminded that this is the 50th anniversary of 1968 … when dreams, goals, politics and arts were smoldering, personal issues for my generation. It was a time when we moved from a “Pleasantville” existence to exploring and realizing deep inner feelings. Yes, there was anger; yet yoga and meditation mingled with passion and protest.

While this transformation began earlier in the 1960s, it seemed that ‘68 was the “moment” of colorization, of the engaging enlightenment, even the beginning of our maturity. So much of this was linked to the arts and music. Alvin Ailey’s dancers were breaking barriers and chains on stage as were various music bands on vinyl. When tuning in a radio station, you never knew what new music you would hear or where the next major protest would rise.

Politically, I was among those clinging to the possibility of Eugene McCarthy bringing his message of peace to the presidency, and along with it, an end to the Vietnam war. It was a hope we held as dearly as many of us did in this past election with the candidacy of Bernie Sanders. In 1968 we would mourn the assassinations of Dr. Martin Luther King, and then Bobby Kennedy. Our dream of McCarthy would end in back room political maneuvering when he was ousted by fellow Minnesotan, Hubert H. Humphrey. That was in Chicago, in a year that marked my first real chance to put my feet on the ground as a journalist with the Dubuque newspaper.

Indeed, my managing editor assigned me to cover the park protests in Chicago. Seven years earlier, within a year of my high school graduation, I spent the bulk of my Army years at Fort Sheridan just north of Evanston. Seeing the Constantine wire stretched across the streets in the “loop” of downtown Chicago, patrolled with armed jeeps, was the beginning to the end of my cultural innocence on the eve of the Democratic convention.

I fear I fail in recapturing those times. Yet, 50 years later, our nation is facing political unrest that seems even more fragile, tense and unsure as were the final days of the Johnson presidency. McCarthy’s run foreshadowed that of Bernie Sanders for people of my thoughts and beliefs, and both were diminished by the same political party in back room dealings. This brought on the Nixon legacy, of his treason and dishonesty along with his efforts to diminish the press — times that now mirror our current president and Congress. Yes, there are some amazing if not ironic parallels between 1968 and our state of affairs in 2018. 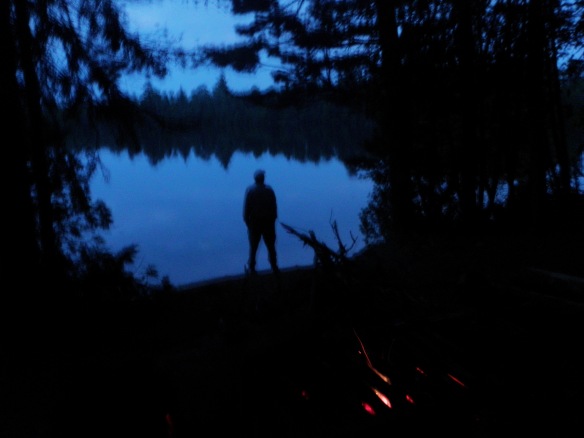 I wish for a nation with a peaceful and equal existence for all regardless of race and gender, and an acknowledgment that our planet has finite resources all of mankind, and especially those in political power, needs to respect and conserve.

Now, as I edge into the aged and fight against thoughts of being considered elderly, I seek a dawning of a new revival to bring forth reasoning and honesty, cooperation and accountability, for us as a nation. I wish a peaceful and equal existence for all regardless of race and gender, and an acknowledgment that our planet has finite resources all of mankind, and especially those in political power, needs to respect and conserve.

Which, ironically, mirrors many of  the same dreams and goals I championed 50 years ago as a young man. Dreams and goals that many thought we had long since outgrown.