via An Odd Uneven Time

August is an awkward month. Big Bluestem colors the prairie in blueish purple glory, and Monarchs flit from flower to flower. Yet, as blossoms fade, a prairie ages. Brown creeps in where green once resided.

Bird species begin to congregate, moving across the Bluestem landscape, grabbing onto a spindly, windblown lunch. In some wetlands white cranes work the shallows for edible tidbits, and in others, algae blooms in various colors as the heat energizes nutrients from agricultural sediments. These colors are not of the recent summer. 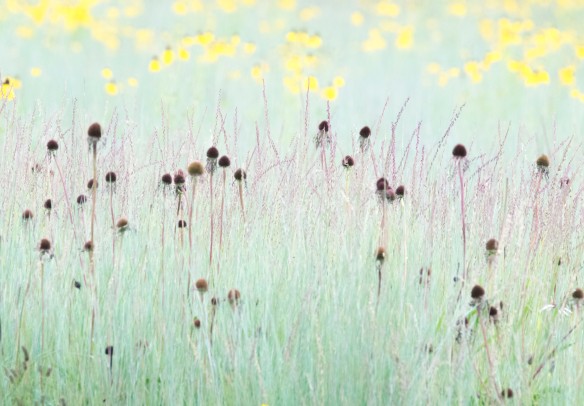 An nearby prairie in its last grasp of summer glory …

We humans are wont to quickly pass all of this color and naturalness of the prairie en route to our final moments on the lake shores of the Shield before schools open. Paths are charted across the former prairie for cross country running competition, and beyond the Bluestem, footballers aim for measures of Friday night glory. Teachers are called to their classrooms in preparation of the upcoming school year. 4H’ers are nervously awaiting judges at the State Fair down in St. Paul, hoping for the success they had back home at the county fairs.

Apples ripen. Peaches arrive from afar for canning. Beans are past picking, yet the tomatoes, with the cooling nights, offer garden color. Squash ripen, too, and the sizzle of deep pressure canners emit from many kitchens as people work to save summer. 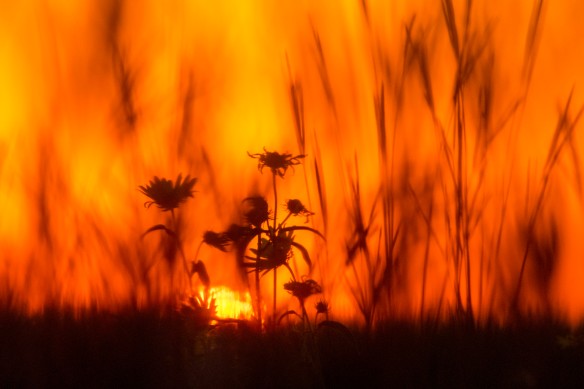 Ah, yes. Summer. August is the last of summer; the threshold of autumn. Or, in the words of poet Sylvia Plath, “The odd uneven time.”

I most notice the light, on the waning of it in the evening, and on the other end, now I awaken to sunrises I was sleeping through just weeks ago. My Missouri-based cousins spoke just last week of the wonder of such late dusks as I wondered of how quickly it now descends across the landscape. Each with our geographic awareness. Yes, an odd, uneven time.

An algae bloom on a nearby wetland adds color to the August landscape.

Our’s was a late spring. Pasque flowers and Prairie Smoke seemed terribly late this year thanks to the deep April snows, and then summer broke right on top of it all. With it came a vengeance of heat and humidity that was so formerly distant to the south. No longer. Then the skies began to fill with hazy smoke from the wildfires out west and from Canada. Meteorologists claim the air quality was, and is, simply awful, causing respiratory problems for all ages. Personally my eyes burn, and my throat is rather raw as I work to expel in clearing my lungs. “It’s like smoking five or six cigarettes a day,” one was quoted in the Sunday daily.

All of that, yet we marvel at the “sun ball” sunsets offered only because of the smoky skies — sun balls as red as Santa’s pants, offering interesting imagery along the horizon edges of turkey-foot Bluestem and spindly prairie sunflowers. You yearn for a clear sky, and cheer even the slightest breakthrough of blue. The “sun mottled” spotting on the fawns are narrowing and about to disappear.

Down the road wild turkey chicks are nearly indistinguishable from the adult hens, and nearly as big as those roosters that have survived the spring hunts, when they strutted so proudly on the woody hillsides with suddenly ruffled plumage. Fawns are losing their protective “sun mottled” spots that provided protection. On the clothesline, the season’s batch of swallows are being fed by hovering adults. Yet, they are soon off the line and already into acrobatic flight that is as wondrous as it is beautiful. Have I mentioned the Monarchs?

The Monarchs here on Listening Stones Farm exist in a metamorphic lifespan of a mere few feet.

The milkweed that attracted the caterpillars several weeks ago is now drying and dying. Towering above that browning death are the bright yellow blossoms of the Compass Plants, where the Monarch’s that “hatched” now flitter and dine — a metamorphic lifespan within a mere few feet!

September is now a week distant, the month many of us call the beginning of fall. Last week in the Boundary Waters the leaves had begun to turn, and along the ravines we can see the same around here. And we realize that in all ways August is a transitional month, giving forms of late beauty and life as much it takes away the same with the browning of death … an odd uneven time.

“I see you as an old salmon,” said a long time artist friend to me recently. “It’s like you have an internal drive taking you upstream, over dams, against the current. I don’t know where you going, and you may not know where you’re going. You’re headed somewhere, though, and you want to get there before you die.”

Don Sherman, the long-tenured prairie artist could just as well be likened to an old salmon himself. We’re both in our mid-70s, and both of us are time challenged and driven. And like he suggested, do we really know where we’re headed?

No, I’m not new at this. Nor is Don. We’re somewhat retired, meaning we are now going where our soul and creativity takes us. My break with mainstream reality began with the death of my wife of 32 years, although I had given my publisher fair warning months before, that my time was near. Now, years later, some of my friends scoff at me, and one blatantly said, “You don’t know a damned thing about being retired.” 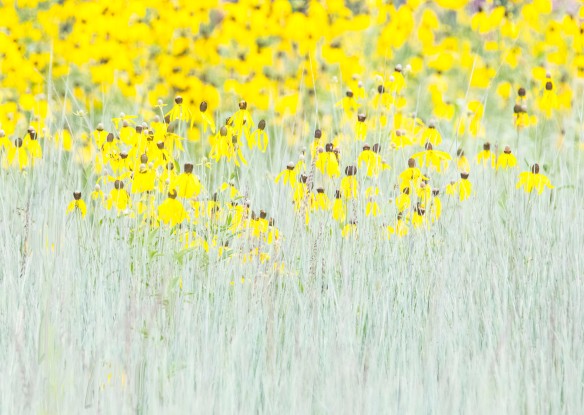 An image from the last one percent of prairie.

Recently, in the midst of several errands before heading off for a weekend showing at an arts and wine fair in Cannon Falls, two friends invited me to join them for lunch. More of the same. Eventually one said, “I get tired just reading your posts. Don’t you ever slow down?”

Maybe not. My thoughts go back to an incidental meeting back when I was 62. Some consider this a magical age and jump at the chance to jump on SSI with an early retirement, I stopped at a barbecue joint and bar to talk to the owner about advertising in my country weekly. Four guys who were around my age were having an afternoon beer on a summer day that would have been perfect for sitting in a boat angling for bluegill in a quiet bay. They rode me pretty hard about not joining them, that life was much too short to be working, and that I was 62 for God’s sake. Within a year all four had died of natural causes. All much too young. Did idleness play a role? Inactivity? Not having some mission?

My Listening Stones Farm yields some fine images, including a smokey sunset.

A dear friend who recently hit the magical age of 70 still performs his incredible music, and is wont to take a break when playing. He is engaging, with a broad smile during his performances. An artist friend in the outer suburbs told me last week she’s doing just what she’s always wanted to do. “I do it here in the summer, and we go back to India for the winters and I do my art there as well.” Then, there’s my fellow salmon … Don Sherman. Apparently I’m not alone. Somewhere in each of us there seems to be a magical drive. And we’re certainly not alone. Idleness won’t kill us.

My woman friend, Mary Gaftgen, says I sometimes wear her out, yet in our time together this year we’ve road-tripped to New Orleans, Nebraska for the Crane migration, Alaska for a week to visit her brother and his wife, to Eastern Washington to visit her old college roommate, and we leave in a few days for the Boundary Waters. This doesn’t include our nearby day trips, nor the week I spent in Ontario fly fishing on another wonderful Tim Holschlag adventure. Nor does it include a European trip to visit my son, Aaron, and some former foreign exchange students. Add some art shows in there as well. So, yes, there is a retirement aspect.

Near Juneau a canoeist returns from a jaunt in the bay.

I’m thoroughly enjoying life. Not long after my wife’s death I entered a bounce-back marriage that didn’t take. Yet, my ex-wife was quite nurturing and encouraged me as I began working on my prairie art imagery. My work centers around the last one percent of the prairie, the vast 99 percent forever altered into commodity agriculture, parking lots and such … land that as a prairie prior to European immigration stretched from Canada to Texas, and nearly the breadth of the two mountain ranges. This has led to many juried art shows, one-person exhibitions, and a spot in the annual Upper Minnesota River Arts Meander, where hundreds visit my home farm studio over the first weekend of October.

Is this swimming against the current? Is there something soulful within urging the mission forward? Is it a fear of idleness? Of death? Of not lending some importance to the act of being an integral part of the human race?