In the stairwell heading up into my home gallery are numerous printouts of memes related to the creation and necessity of art. Often visitors will ease up the stairs rather slowly while reading first one side and then the other. These were meant as some form of inspiration for me and perhaps for others. These are, in a way, walls of will, something needed in these times of uncertainty.

One example: “If you feel like you don’t fit in, in this world, it’s because you are here to help create a new one.” 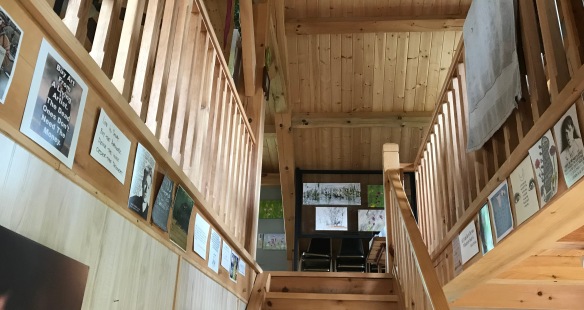 My “walls of will” in the “surround” of the stairwell heading up into my studio/gallery.

Another: “Blessed are the weird people … the poets & misfits, the artists, the writers and music makers, the dreamers & and the outsiders, for they force us to see the world differently.”

There are quotes from Dylan, the Beatles and Kurt Vonnegut, among others. There are even a couple of Charles Schultz Peanuts’ cartoons.

Some days one or another of the printouts will garner my attention as I climb up the stairs, or am on the way down, and I sometimes wonder why? Why a particular one out of all the others?

Four of the images taken during the pandemic lockdown, varying from  singular to communal in nature.

Not long ago a friend asked how my work was going through the political turmoil and pandemic. I was lost for an answer. Some days I’ve struggle with desire to create. Sometimes I wonder if I should even bother. Then I go afield and a sense of peace seems to gain ground on torrid thoughts. As much as I enjoy those private moments, like many in the arts I long to have my works seen. I was actually fortunate enough to have an exhibit at the Marshall Area Fine Arts Center in late May and June that will apparently be the extent of the exhibits and shows for the year thanks to the pandemic. All the others were canceled, including the Upper Minnesota River Arts Meander that is typically a capstone event for those of us in the upper river valley.

So this comes to mind: Is the point of creating art for myself or for others via the various galleries and art shows? Truthfully I do want my work to be seen and hopefully appreciated. I wish it to be meaningful, to hopefully inspire someone about the intricacies of that last one percent of the prairie, of the necessity of a natural environment. I want them to see this visual voice of an ecosystem of the past, one basically destroyed to make room for commodity farming. Yet, there is the selfishness of seeking a sense of peacefulness that comes when I’m become lost in the creative process.

Which brings me to another taped meme on the stairwell, this one by Louis Bourgeois: “Everywhere in the modern world there is neglect, the need to be recognized, which is not satisfied. Art is a way of recognizing oneself.”

… of where prairie grasses speak of resilience; where birds soar and fly with independent freedom; where native flowers and butterflies pull you in with often solitary beauty; and where trees stand strong and defiant, breaking only under only the harshest of winds.

Which caused me to look over my own work, for I have chosen to escape to not only the prairie but also the “big woods” and bogs these past several months of isolation … places distant from political turmoil, vicious out front and perpetrated racism along with the fears of the coronavirus pandemic. Places where social distancing is a respectful part of nature itself. Places where the prairie grasses speak of resilience; where birds soar and fly with independent freedom; where native flowers and butterflies pull you in with often solitary beauty; and where trees stand strong and defiant, breaking only under only the harshest of winds.

Looking through my files over the past few months I see a vacillation between minimalist simplicity and broader “communities” of gaiety; a “yin/yang” of inner peace and beauty along with an individualistic desire of being surrounded by communal color and life: the seeking of any hint of lightness against that sometimes unbearable heaviness of being. The trees, birds, butterflies and prairie grasses; those beacons of light in the murkiness of life. 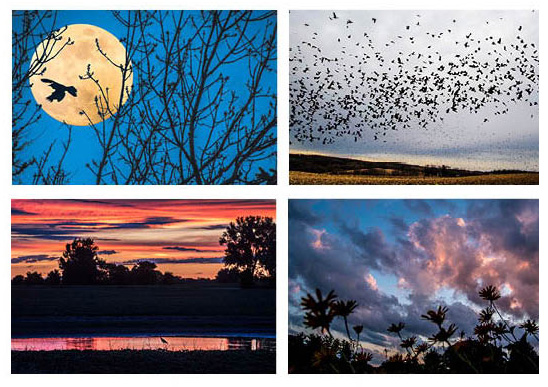 Going afield helps finding any hint of lightness against that sometimes unbearable heaviness of being.

On the stairwell this from Anais Nin stopped me for whatever reason: “And the day came when the risk to remain in a tight bud was more painful than the risk it took to blossom.”

1 thought on “From the Walls of Will”