Recently these words in a poem by Denise Levertov caught my attention:

But after a few steps, I paused, impelled again

to linger, to look North before nightfall-the expanse

of rose in the few high clouds.

took up his vigil.

why this cleared a fog from my spirit,

I have no answer. 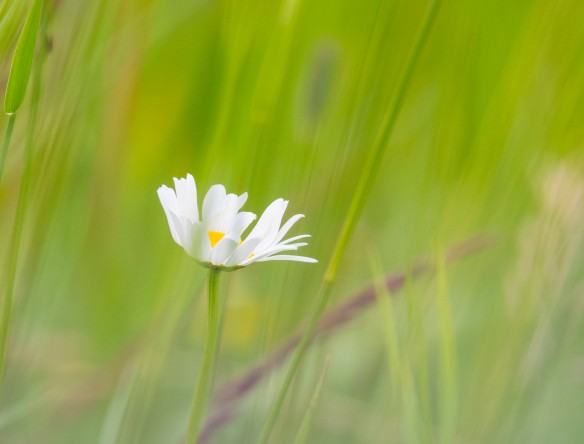 Sometimes when simply ambling through my home prairie, something catches the eye …

I’m often amused by how we commune with nature. When canoeing or kayaking on one of the nearby rivers, especially the rivers, typically there is a point where I’m rewarded with an uncharted deep breath and a sense of unrelenting mental freedom. How addicting, and a feeling I cherish wholeheartedly. Sometimes this also happens in the woods, or simply ambling through my home prairie. Maybe something catches the eye, often unexpectedly, a momentary glimpse of a wonder in nature.

Yes, a fog clearing from my spirit.

Many years ago, my river buddy, Tom Kalahar, and I led a group on an overnight fishing and camping expedition on the Minnesota River. Among those floating with us was a philosopher/college professor from Argentina, a man noted for silent pride and ongoing reflection. As we were getting ready to push off after breakfast, the philosopher was missing. After concerted efforts to search the wooded bluff, and even along the adjacent sand bar, he was found quietly meditating in a little wooded “room” he had discovered at the top of the bluff that provided a beautiful window to an expansive view stretching upriver. Among us he became “the Ponderer.” 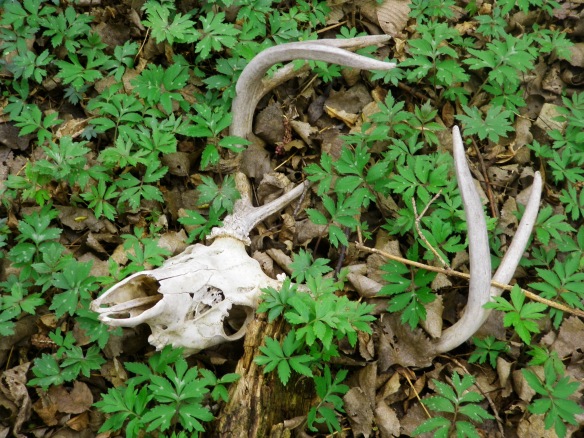 Hidden along the Minnesota River, and found while “sauntering” along the river bank.

Later that same morning we stopped the canoe caravan on a gravel bar created by the inflow of a small, clear water creek. After about 45 minutes and surprisingly little action, we were ready to head on downriver. But, no ponderer. His son-in-law sent his son up the little tributary in search and moments later the young teenager burst back through the brush. “Dad!,” he cried, “Grandpa was laying up in the creek naked!” The philosopher, laying in a calming pool of clear water beneath a gorgeous canopy of May, wooded greenness, was clearing a fog in his spirit in ways we weren’t.

Somewhere along a path, on any given path in nature, a “walking ponder” becomes a “saunter.” To hike one must have a gait, and humorously, if you’ve walked a European sidewalk with me my fastest “hike” might be considered a “saunter” by many. When afield in the woods or prairie, my saunter is natural, expected and ever more pronounced .. observing, discovering momentary wonders and fleeting moments of nature .. of clearing fog from spirit. 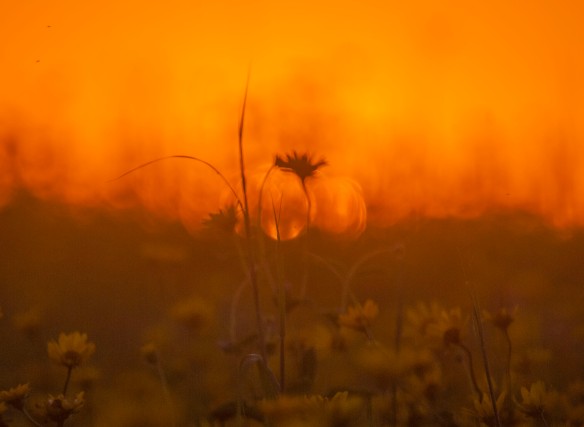 “August” was a momentary, fleeting moment in the lower loop of my home prairie, a stumbling onto the unexpected in the midst of not looking.

Thoreau take on it was: “The saunterer, in the good sense, is no more vagrant than the meandering river, which is all the while sedulously seeking the shortest course to the sea.”

I’m now reading “The Hour of Land,” another fine work by author Terry Tempest Williams, who shares a conversation with New Mexico artist, Lawrence Fodor, who says, “As artists, the beauty, and all the revelations therein, is in stumbling onto the unexpected when we are in the midst of looking/not looking for something else entirely … that sensorily aware state of not assuming anything, not purposely looking for anything in particular but completely in touch with the moment and where we happen to be.” 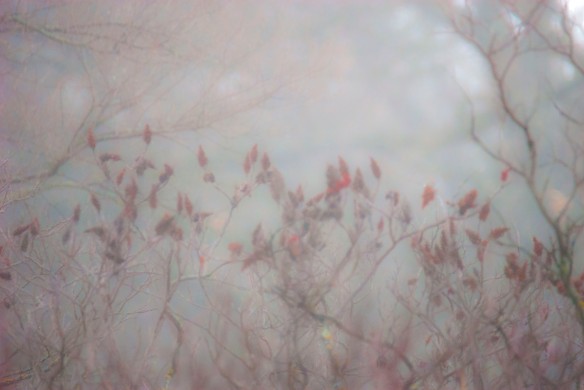 A moment on a “foggy saunter” in the Bonanza area of Big Stone State Park.

To saunter is a fine way to find something when you’re not looking for anything at all, or perhaps for clearing fog from your spirit. As to why, like the poet Denise Levertov, I have no answer.

1 thought on “Clearing of the Spirit”