Since I’m not a Gold Finch, I have no more love for thistles than many of my neighboring farmers despite the colorful purple blooms. There, the start of my story …

About this time a year ago an older man arrived in the farmyard with a threat: If I didn’t take control of those colorful blooming thistles in my restored native prairie I would be subject to both a fine and the cost of having the prairie mowed by an outsider. That’s where the SWCD man came through, for he convinced the County weed cop that the thistles would help provide necessary “fuel” for the proposed prairie burn we would do this following spring. 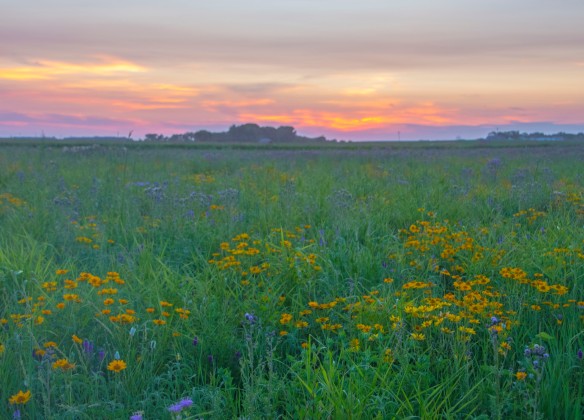 The lush prairie in a sunset a few days before the cutting.

So the weed cop relented. And we had a very good prairie burn, and as happens following a burn, a gorgeous and lush regrowth of both forbs and grasses followed. Yes, and thistles. For a few weeks the eight acre restored prairie was a mixed blanket of purple and yellow, each providing color and background for the other. Indeed, after that initial growth a most colorful mixture of other prairie flowers began poking from the ground. Cone flowers. Different varieties of native wild clovers. Clumps of beebalm were scattered all through the emerging grasses. Big Bluestem was close to heading out, and there even were a few instances of its signature “turkey foot” seed head dancing in even the slightest breeze along the trails we have continued to cut through the upper and lower prairies. Yes, and the thistles.

I’ve been expecting the weed cop to show any day to once again bellow his threat. Then, on the Fourth of July, one of our neighbors came through with a rake and baler to bale the shoulders of an adjoining road ditch. I jumped into the car and went with an offer … my ditch shoulder hay in exchange for his topping off the thistles. The idea came after a motor trek through the nearby Big Stone National Wildlife Refuge where it was obvious this is what they had done. 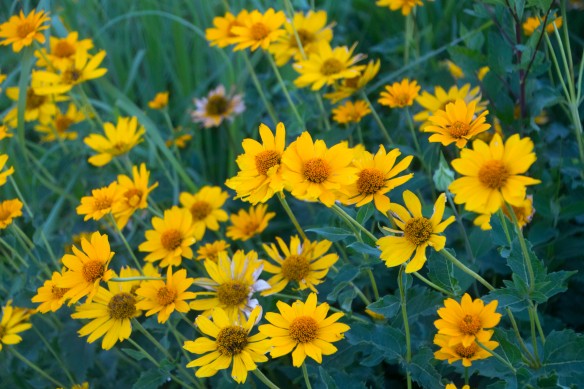 “That shouldn’t be a problem,” said the man over the noise of the tractor he was using to rake windrows of mown fescue and brome, the common ditch bank plantings in the area. We shook hands on the deal.

There was no word or cutting of either the road ditch or the prairie since, and with each passing day I expected a visit. Who would arrive first? Weed cop or farmer? Finally the farmer pulled up in his pickup and rapped on the door. “I’m here to cut those thistles,” he said, and then filled me in on his frightening moment on the rather steep approach to our driveway on the north side.

“Remember, what I need done is for you to top off the thistles and leave the rest standing.” 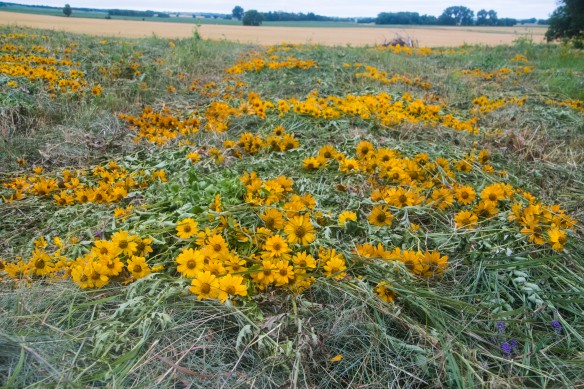 Acres of grasses and wold flowers …

He nodded, and said, “That shouldn’t be a problem.” Once again, we shook hands on the deal.

While working in the studio a little later the sound of his tractor came from the north side of the grove. I then left for an appointment in town. When I returned he was about to head into the lower prairie, which is when I noticed that he was not topping off the thistles as we had agreed. Rather he was mowing the prairie as if it were hay. From the narrow strip of prairie facing our deck all the way up the hill toward the upper prairie the once lush prairie was laying flat just inches from the ground. I was stunned, and felt as if I had been kicked in the gut. What didn’t he understand about our two conversations? Our deal? How could he have misunderstood my requests? It was really too late to say or do anything, for the damage was done for the most part.

A few hours later my friend, Wanda Berry, arrived for a dinner she wouldn’t eat. “It was just starting to look like a Monet painting out there,” she tearfully lamented, adding that she hadn’t been this upset even when she sold her home in Robbinsdale to move back to the prairie. Later she would walk through the damage picking up cut morsels to create a “cut flower” bouquet. 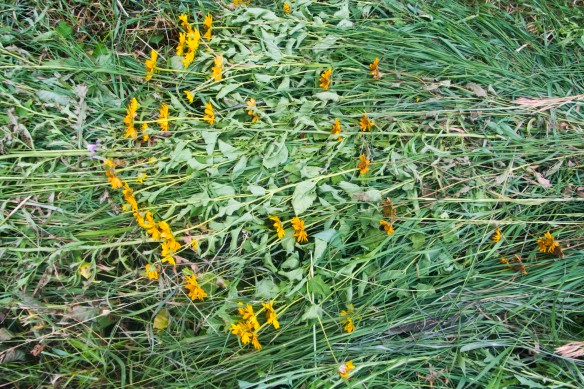 What didn’t the mower understand about our conversation?

Yes, I made a posting on a social media site about what had happened, and many friends from around the countryside responded, mainly to suggest that we should relax, that it will grow back. That I realize, yet all that lushness is laying flat on the ground. The support was lovely, yet they had not nurtured this prairie for four years. They hadn’t fought the near takeover of sprouting Chinese elms that the hot controlled burn seem to kill, of the long effort to get a good propagation of beebalm going throughout the acreage. Nor had they listened to the pheasant families that had taken roost and raised families in that grass.

Regardless, the clipping at ground level wasn’t part of the deal. I realize there seems to be few people who respect a native prairie, or perhaps to even understand the necessity of perennial grasses. Otherwise there would likely be more than just one percent of the original prairie stretching from the plains of Canada to the Piney Woods of Texas. To some it’s just grass, a wasted bit of land that should be in some commodity crop. Something useful. That isn’t the case for us here on this little oasis of native prairie, miscommunication or not. 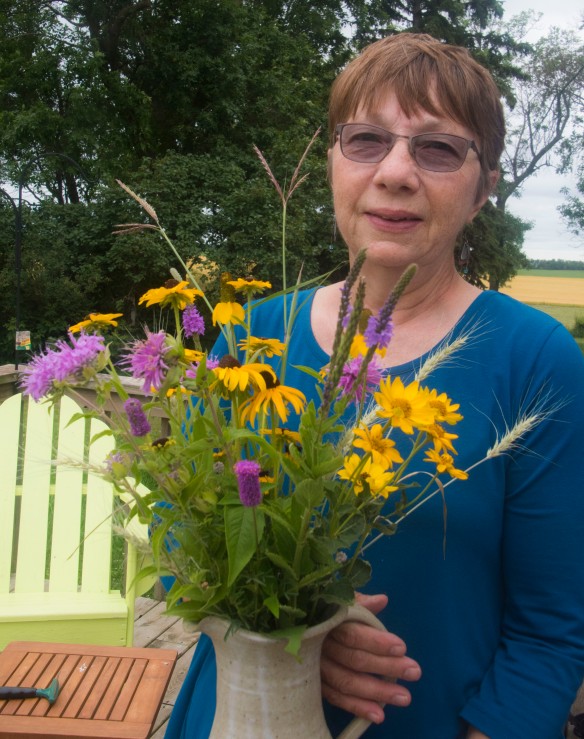 “What I don’t understand,” said Wanda, “is that he knew what you wanted. You told him twice, yet he went right ahead and leveled it right down to the ground. If he realized he couldn’t do it, why didn’t he just stop and tell you? Why did he just keep right on mowing it down?”

I could offer no answers. Some days are like that. And, yes, sometimes there is miscommunication. All I could offer was that this time there wasn’t.

5 thoughts on “A Miscommunication?”